Skip to content
Last week I began hearing a scratching, dragging, and bumping noise in our attic which usually means....you got it, mouse. And not Mickey.
Did I mention I'm horribly afraid of the little pesky critters? Brrrr, I just had shivers only thinking about them.
From the sounds coming from above at intervals throughout the day and night this little guy was not shy and he was messing with my writing focus, which I know upsets Nance Trainor.
Let me just say, I have no problems with mice in general. I feel no ill will towards them, unless they invade my space. Then they gotta go.
My incredible daughter braved the attic to set a trap. (Side note, whenever I set the trap...I don't catch them. My theory is they can smell my fear. IDK but it's possible.)
Three days and we didn't catch him. Now it's almost like he's toying with me during the day. I'm now yelling at him to hold it down! We don't want you here! Go away!
Daughter goes back up in the attic to investigate. She ain't afraid of no mouse. She goes to the spot where I hear him partying and she finds...yep, you're right...a lizard!
She tries to catch him but he's too fast. Now how does one remove a lizard? Our conversation went something like this:
Daughter: "Do lizards bite?"
Me: "Humm, they never do in the Geico commercials."
Daughter: "That's a gecko."
Me: "Same difference."
I'll cut to the chase, LOL, see what I did there? It took 3 days and some ninja moves but she caught the lizard and discovered they have very sharp nails. Who knew?
Mystery solved. Lizard removed. I have one badassery daughter. 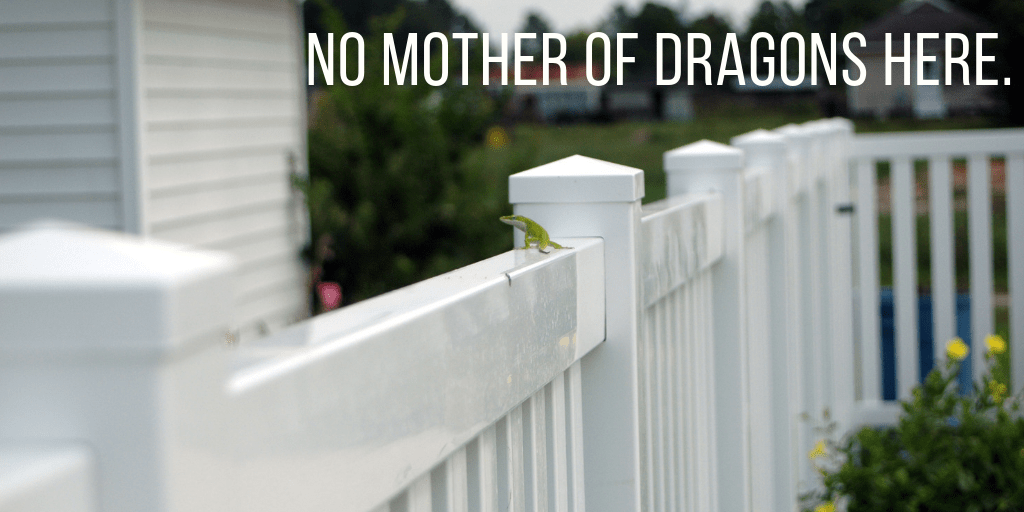